Why I’m looking forward to Boxing Day, and why for me, and many other people, it’s no longer the day after Christmas.

Of all the ideas in the book the one people like the most, is Boxing Day.

But isn’t Boxing Day the day after Christmas Day? A slightly down-beat, re-run of the previous days festivities? More Turkey. More Christmas Pud. Perhaps a change of venue and/or relatives?

That’s certainly how it used to be in my family, but then my wife Kate came along and Boxing Day became ‘our’ day. We’d get up around midday, open a bottle of champagne, play with our presents from the day before, roast chestnuts in the oven, play silly board games, watch Christmas movies, and eat posh nibbles. It was, quite simply, a fantastic day. Our first Boxing Day together (before my wife was even my wife) I even ended up proposing. That gives you some idea how good Boxing Day made me feel about life, and there hasn’t been a Boxing Day since that hasn’t given me that same inner glow, that same joy for life. And I can speak with some authority here because in the last five years I’ve celebrated Boxing Day approximately sixty times.

That first Christmas after Kate passed away my mother, concerned for my welfare during the festive season, asked if I’d like to spend Boxing Day with them. It was a generous offer but, call me sentimental, I decided to spend it just as we always had.

I got up late, I opened a bottle of champagne, I sat in bed and browsed my collection of gifts from the previous day. Then I took the Brie from the fridge, a box of posh crackers (the edible kind) and worked my way through the whole lot whilst I sat in front of the telly and watched “The Santa Clause”. A little later I emailed friends I’d been meaning to catch up with, and followed that with a walk down to Old Leigh. I looked out at the boats resting in the mud, and then I went home, wrote down some thoughts, and did some planning.

By the time I went to bed I felt like I’d had a week’s holiday, and all I’d done was get out of bed and see how the day unfolded. It was such a good day that I caught myself wishing that Boxing Day happened a little more frequently than once a year, at which point I had the following crazy thought:

From that day on I decided to have a “Boxing Day” once a month. Once a month I’d get up with absolutely no plans whatsoever and see how the day unfolded. And that was almost five years ago.

Let’s cover some basics here: Boxing Day isn’t a ‘day off’, it’s important to get that concept out of your head immediately. Boxing Day is a day when you get to live totally in the moment. And why is this important? Because living in the moment takes a lot less energy!

As adults we expend a huge amount of energy just juggling the day-to-day. Young children, on the other hand, don’t. They live utterly in the moment and the job of structuring their day is handled by (hopefully) a responsible adult. Within the confines of whatever structure is imposed on them their day is totally driven by what they want to do, at that moment, and what opportunities exist. They don’t have to expend any energy on thinking past the next few minutes, and as a result they seem to have bucketfuls of the stuff. You could probably power an entire city on half a dozen four year olds and a ball pool if you could just keep them in that ball pool long enough.

And four year olds never seem to suffer from that Monday morning feeling, they never seem to worry about how they’re going to make it through the week, and they never pace themselves. They throw themselves at life, and when they run out of steam, they’re done. Have you ever seen the way a four year old sleeps? They’re so out of it you can pick them up without waking them.

Boxing Day is a little like being a four year old for a day. It releases you from thinking about the future or the past. For twenty four hours everything else is on hold. If you do Boxing Day properly you should feel like you’ve had a mini holiday – by the end of a Boxing Day you should feel rested, and energised, and happy.

So, let’s reiterate how Boxing Day works in one concise sentence:

Boxing Day is driven by the moment,
the heart, and the opportunity.

Re-read that last sentence because the success of your Boxing Days, should you choose to have them, relies heavily on how well you understand the concept and implement the principles. To boost your chances the book contains some very special Boxing Day rules, and those rules are yours along with all the other goodies that the book contains. And being the festive season it goes without saying that the book (currently number one in two of amazon’s book categories), would make a fabulous gift for a loved one, co-worker, best-friend, boss, or any member of the national press.

In the meantime let me take this opportunity to wish you a very Happy Boxing Day.

We asked you to ‘tweet’ out the above post to be in with a chance of winning either the paperback or one of ten copies of the ebook.
And the winner is…

A copy of the book is winging it’s way to you via Royal Mail, Gillian. Hope you enjoy.

The following lovely people also won a copy of the ebook and have already been contacted via twitter direct message.

Many thanks to everyone who took part.
Subscribe to this blog (top of this page in the top right hand corner) to be notified of future competitions and giveaways.

With the festive season just around the corner you might be interested to know that a serious contender to the Amazon Kindle has entered the market. WHSmiths are now selling the Kobo.

From what I understand the Kobo is a Canadian piece of kit, and for the longest time you couldn’t buy it in the UK. But now you can, and any books you fancy the look of at the WHSmith online bookstore can be downloaded onto it directly.

What’s more, just like the Kindle, you don’t actually need a Kobo device to read Kobo-books. You can download the FREE Kobo app for virtually any smartphone or computing device and access your Kobo library that way. 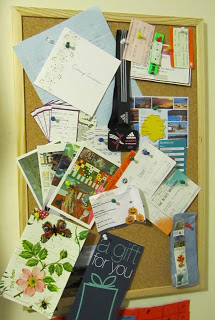 I don’t mind admitting that when I found out about the Kobo I panicked – just a little. I wasn’t 100% sure whether How To Do Everything and Be Happy was available to Kobonians, in Kobonia, which meant there would be people out there for who Boxing Day would only ever be something that happens once a year. Those same people might be walking around making lists of things they might do before they ‘kick the bucket’ (rather than NOW). And let’s not even get into the absence of proper Wish List / Goal Planning activities – that, quite frankly, just didn’t bear thinking about. But I needn’t have worried. Enter ‘Manty67’ and her blog ‘Life and Other Things’ at manty67.blogspot.com.

Manty is – so far as I know – my first Kobo reader. And judging by her blog she thoroughly enjoyed my book. She even describes herself as a follower.

It’s a fun blog. I particularly like Manty’s Trophy Board, and the amusing piece about her first Boxing Day. Hope the next one goes better, Manty.

The important point here is that – YES, How To Do Everything and Be Happy is available for the Kobo, whether you live in Kobonia or anywhere else. Right now.
And you can download it here.