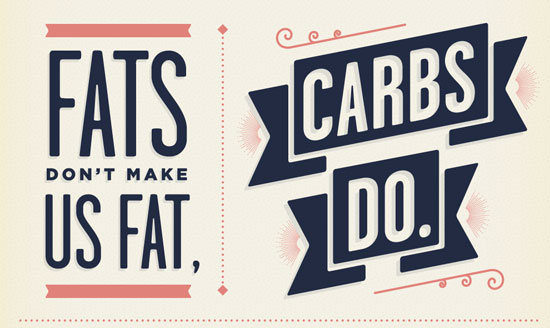 What follows is an extract from ‘How To EAT LOADS And LOSE WEIGHT’ – available now.

I’ve always assumed that the human body works much like a modern day car. And why not? It’s a simple analogy, easy to understand, and one that I’ve used many times before: You have a fuel tank, and that tank needs to be kept topped up. If you start to run low of fuel, your version of a ‘fuel warning light’ kicks in—otherwise known as ‘hunger’. If you were to run out of fuel… well, then follows… starvation. Death. Or illness. Some such thing that doesn’t bear thinking about.

But it turns out you are not a car. You are waaaay more interesting than that.

Your body uses the proteins as ‘building blocks’. Muscle, bone, skin, hair… all basically made out of protein. That old saying that ‘you are what you eat’? That’s literally true.

Perhaps surprisingly, the fats you eat—at least some of them—are also used to create and maintain the human being known as ‘you’. Cell membranes, hormones, cholesterol (which the body actually needs, by the way)… all made out of juicy fat.

Your digestive system turns carbohydrates into glucose, which it then dumps into your bloodstream. You’ve heard of blood sugar? This is it! That glucose travels round your body, refuelling your cells, your brain and your muscles.

As your blood sugar rises, your pancreas produces a hormone called insulin.

Come to that, what’s a hormone?

I’d like you to think of hormones (and insulin in particular) as a flag on a flag pole; a rudimentary form of biological communication; one part of your body (in this case your pancreas) signalling to the rest of your body that ‘stuff is happening’. Namely, that you’re eating carbs.

As your fat cells ‘notice’ the rise in insulin (the hormone flag flapping around at the top of the flag pole) they start pulling the excess glucose out of your blood, and storing it for later—i.e. making you fatter.

So all that fat around your belly is actually made out of the carbs you ate.

Whilst all this is going on, other hormones (other flags on poles) are produced to make you feel hungry. Hunger, as it turns out, isn’t the feeling of an empty stomach. Neither is it a warning of imminent starvation. It’s a hormone. Purely chemical. An illusion.

So there you are, stuffing your face with pizza, and not only is your body converting those carbs into glucose and then storing some of that in your fat cells, it’s also making you feel MORE hungry, thereby encouraging you to order a side of garlic bread, maybe some chips.

Whilst you’re wrapping your head around all that, let me throw something else into the mix; this mostly happens when you eat carbs. Proteins also trigger an insulin response, but not to the same degree. And fats—the ones we like to demonise so much—have absolutely ZERO effect on insulin. Leading me to once again to tell you this:

Now why on earth would the body work in this way?

I’d like you to consider this: You are not a car. Not even a modern car—with all manner of fancy gizmos. You—so far as your body is concerned—are actually a cavewoman. Or a caveman. Living in the year ‘Ug’. Wearing animal skins. A fetching bone in your hair.

In the year Ug, supermarkets, pizza delivery companies, and the concept of cream cakes in the office whenever it’s someone’s birthday don’t exist yet.

The only carbohydrates you’re likely to be eating—as a cave person—are fruit.

Fruit is, by its very nature, a seasonal thing. Those berries on the bush you just found aren’t going to be here forever. So right now, your body wants you to stuff your face until your fingers are sticky and stained with berry juice. And whilst you’re doing that, it’s going to store as much of that sugary goodness as possible. It’s got to. Winter is just around the corner. And when winter arrives, there won’t be any fruit to keep you going. More than that, it might be a while before you and your fellow cave folk manage to take down a woolly mammoth. Even when you do, there aren’t any freezers around to save those mammoth steaks. You’ve got two or three days, tops, to feast at the all-you-can-eat mammoth buffet before you’re back to eating the occasional insect or something equally unsavoury. At that point, in order to keep you from starving, your body will switch gear, and start to use the body fat you created today.

How does it do that?

Those fats, the ones your body created, get converted into something called ketones, through a process called ketosis.

You might not have heard of ketones. First time I came across them was two years ago. Considering their importance in human biology, it’s staggering that most people haven’t a clue what they are.

Ketones are your body’s homegrown alternative to glucose. And just like glucose, ketones can be used to fuel your cells, your muscles and your brain. So long as you need fuel, the body will keep producing ketones, from your fat cells… thereby keeping you alive, and in the process, returning you to your slender, cave-like self.

That is, until spring arrives, and you manage to find some more berries, or fruit. As soon as you bite into an apple, your body will slow or stall the ketosis process, and return to using those fresh, apple-flavoured carbs as fuel… storing the excess for later.

I want you to think about this for a few moments, because I for one think it is utterly amazing. That we could have evolved such a complicated, clever, way of using food. Some people would cite this as evidence of a god.

But here’s the point that I hope hasn’t eluded you.

We are not cavewomen. Or cavemen. We live in a different world. One where carbohydrate dense foods are available ALL OF THE TIME.

More than that, carbs aren’t simply fruit any more. Since we left the cave, we’ve invented farming. And mass transportation. And methods of storing and preserving food. And commerce. So now we have rice, and potatoes, and grains, and sugar. We also have bread, and pasta, and chips, and all manner of cakes, biscuits, cookies, and other lovely treats. Our supermarkets are stuffed to the rafters with carb-based products, many of them labelled as ‘healthy’.

You can, and many do, have carbs for breakfast (toast or cereal), carbs for lunch (a sandwich or wrap) and carbs for dinner (pasta or something with chips). Plenty of people will tell you that this is a ‘normal’ way of eating. And it is! That’s the modern Standard American Diet right there. Or S.A.D. for short.

But our bodies haven’t changed. Not all that much. They’re still functioning in exactly the same way they always have. As far as your body knows, you’re not in a pizza restaurant, you’re simply standing in front of the most enormous blackberry bush that ever existed. One that is bursting with fruit. Fruit that is perpetually ripe and available. And whilst you stuff your face, your body is doing what it does best; making you hungry and storing the excess, ready for when the food runs out.

But it’s not going to run out. 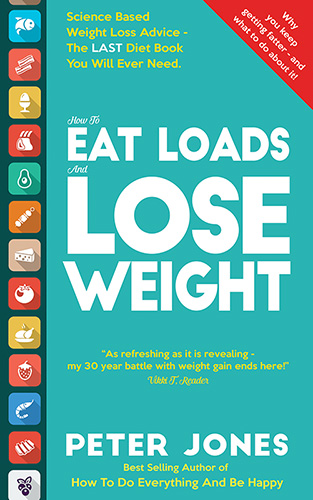