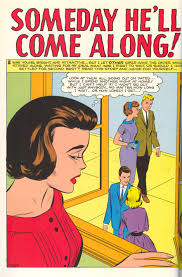 It’s a funny thing about running Happiness Workshops, I’ve started to notice that the same ‘wishes’ – and therefore the same ‘goals’ – come up time and time again.

THE, number one goal – the one that perhaps half the attendees in any given workshop will share – is to lose weight. But in second place, the other goal that a sizeable chunk of my readers and clients want to nail, is the relationship goal – by which I mean find one.

However, unlike losing weight, most people I’ve met seem unwilling or unable to do anything about the state of their love life, or lack of. True, they might spend a good deal of time wishing that some handsome prince or princess will knock on their door. They might, in a flurry of madness, sign up to one of the larger dating websites and spend an evening with a bottle of chardonnay, sat in front of the computer, scanning pictures of other singletons wondering whether this could be the one. They might even throw caution to the wind and go on a date, only to return home several hours later humiliated and heartbroken and vowing never to do that ever again. But that’s as far as they’ll get. And they’ll stay single. Maybe, forever.

Now if any of that rings true I want you to imagine me sitting here, with my arms crossed, shaking my head slightly in dismay. Because it doesn’t have to be that way!

If you started 2015 hoping or promising yourself that it was going to be a good deal less solitary than last year, then let me be the first person to grab you by the shoulders and tell you it can. And here are three reasons why:

Reason number 1 – You’re not the only one reading this blog post!

If almost half the people in any given workshop are looking for romance, it stands to reason that there are, contrary to how it must seem, an awful lot of people out there looking for love! I use the word ‘looking’ in the loosest sense of course, because the truth is that’s the one thing they’re not doing. Not really. They’re waiting. Just like you. But that’s ok, because whilst they’re doing bugger all about their single status you don’t have to. All you have to do is find them, and fortunately for you, I know how you can do just that.

Reason number 2 – Dating can be fun!

Here’s an idea that I’d like you to wrap your head around; dating can  be enjoyable. And if you’re one of the many, many people who’ve found the reverse to be true then I’d like to wager that you’re doing it all wrong.

A good ‘date’ can be broken into seven distinct phases – each one can & should be exciting, and fun, and flirty, and lots of other adjectives that broadly speaking mean romantic. Want to know what they are? 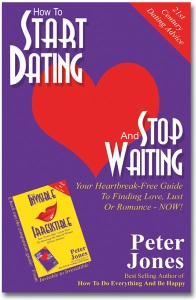 I’ve been where you are! Several times! I never found my wife until I did something about it, and when I lost her I had to start all over again. I think I’ve probably made every dating mistake there is to make, but the upside of all that heartbreak is that you don’t have to be single for a moment longer. Let me tell you what I’ve learnt.

How To Start Dating And Stop Waiting is available right now in paperback, audio, and for your kindle or free kindle reading app.

In fact, from Friday 9th January 2014, until Thursday 15th, the kindle version is a mere 99p (or local equivalent). That’s pocket change. You’d spend more on a cup of coffee, to drink on your own.

Read more: How about 5 Top Dating Tips or The Nine Golden Rules of Dating