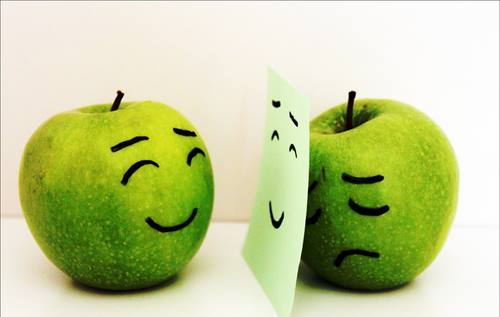 It’s been a while since I wrote a WTFHIBD. Truth is I’ve been putting it off.  Contrary to how it seems, I’ve never really been a big fan of the lime light, not if that means sharing my true feelings with the world. True feelings are a private thing. To be kept inside. Hidden away. Revealed to no-one. Perhaps not even me.

But, I made a deal with my brother. Regular WTFHIBD updates! So here we go. Let’s start with my NOW List

Much of last year was spent throwing myself into my career – finishing the three ‘How To’ books I was contractually obligated to write. The Now List never really got a look in, other than the occasional easy-to-accomplish item. But I never set foot out of the country. The Cook Islands remain undiscovered – at least so far as I’m concerned.

That said I paid a visit to Kew Gardens, I did spent a week in Devon, and whilst down there I did try my hand at archery. I also visited the Houses Of Parliament. And I tried (but ultimately failed) to see a play a month (though I did manage to see at least three stonking productions).

My Goals were more interesting. In some ways I achieved a great deal.

I now have four non-fiction books available in three formats (ebook, paperback and audio), and rarely a week goes by without one of them spawning an article in a magazine somewhere, an invite to give a talk someone, or a cheery note from a reader who felt moved enough to tell me they got something out of the words that I wrote. That’s a nice feeling. It makes me happy.

Of course, it would be even nicer if all this meant I didn’t still look at my bank balance with a degree of dread – but hey ho. Can’t have everything. Says the man who wrote the book suggesting that maybe you can.

It were thoughts like those that caused me to have something of meltdown in the summer of last year and put aside a day to re-write those goals that seemed to be ‘wanting’ on the happiness front. In reality I simply sat myself down and spent four minutes imagining how I’d like my life to be, if money and commitments weren’t an issue, and one minute distilling those thoughts into a ‘vision’.

You can read what I came up with here but the vision exercise had quite a profound effect on me. It started me thinking that even though I’m doing a job that I very much enjoy, do I love it? Could I, when push comes to shove, be happier?

Around the time I was having these thoughts I went to my first swanky ‘publishing’ party at Kensington Palace.

I’m not a big fan of parties. There. I’ve admitted it. They tend to make me feel awkward and uncomfortable. I find myself relying on my theatre skills to shroud myself in the appearance of someone who’s having a good time, whilst inside I’m sweating buckets and counting the minutes till I can get out of there. My smiles, my handshakes, my nods and laughter – they’re all just techniques I’ve learnt to ‘fit in’.

As if that wasn’t stressful enough, hours before I was due to jump on a train I saw a facebook post from a fellow author suggesting that most people were going to be ‘dressing up’. It was, after all, the palace for God’s Sake! So I panicked. I dug out a beige suit (the one that I got married in when I was at least a stone or two heavier), a plain starchy shirt that I used to wear to the office, and a pair of never-worn-before smart brown shoes.

A few hours later, as I stood in an enormous hall, struggling to hear anything over the deafening roar of several hundred people making small talk, I started to feel like I didn’t really belong amongst these people. That despite wearing an official badge to the contrary I was going to be ‘discovered’ at any moment, declared a fraud, and man-handled by security out of the party before being thrown onto the streets of London. In my ill fitting suit. And shoes that were absolutely killing my feet.

Meanwhile various rock stars, standup comedians, and reality TV celebs rocked up when they wanted, wearing what they wanted, and contrary to the no-guests policy – with whoever they wanted. And I realised something profound. They were being themselves. Or at least a version of themselves that they themselves liked. And I came to the swift conclusion that I’d probably be an awful lot happier if I quit trying to fit in, trying to be the person I thought people wanted or expected me to be, and instead – just be… me. And if that didn’t work, well, so be it. I’d rather security escort me from the premises for being me – the real me – than for trying to be an ‘acceptable’ me.

Since the party I’ve thought about this a lot. Who am I? Really? What do I do? What do I want to do? Am I doing that thing? And if not… why not?

The answers are both complicated, and simple. But they’re a place to start.

In the meantime let me step out of the spotlight and turn it instead on you. Who are you? Really? What do you do? What do you want to do? Are you doing that thing? And if not